I did post some trollish things.  But the key is that the problem I exposed is a really big problem.

I exposed Mark Zuckerberg as a like/engagement/analytic totalitarian who is obsessed with designing everything around his central feed and the behaviors of class mates.

But I exposed Zuckerberg’s artificial ways of giving popular class mates traffic.  The posts about school shooters, serial killers and communism exposed how your facebook profile really isn’t your profile he’s all about the feed and the class mates.  It’s my knowledge of web design and ability to write well, cross post and screen shot that also contributed to my ability to expose this.

Seeing the mobile app, Instagram (his other platform), hearing his sister talk in person.   Seeing how traffic went down during covid when it should have gone up.   Making points about the actual web design.  I really put the case together strongly.

I’ve created a real name profile on reddit, a non-anonymous one.  I am making that my most important profile and my main internet identity.

Here’s the problem. I know not everyone will move with me. Some will deactivate facebook. Some will just not use much. Some don’t really care about the feed traffic and will stay just to use facebook as a contact manager.

If I truly could permanently get everyone I would deactivate facebook. But the problem is people still will look for me on facebook from time to time. Not everyone is going to google and find my private website. It forces me to hold the profile up when I want to kill it.

I’d rather you just add me on telegram (gb819) or by phone or if you really have the balls add me on reddit. But adding me on reddit is just a sign of support. You don’t have a “wall” or a “timeline” on reddit.

In the age of social media, it is not necessary and possibly counterproductive to make frequent updates on a personal website.  The website grosses in traffic and defines the brand.   It’s not about the individual posts as much as social media is.    Blogging and web design are kind of merging together, where blogging software (like wordpress, powering this website) is used to make posts that stand and stay put.

The only conclusion I’m making is that a lot of people took me for granted saw me as a member of certain groups instead of as an individual.   When the groups started to fracture because they couldn’t move beyond either high school or college, they didn’t readjust their outlook to look at people as individuals.   Guess what back in those days we did discuss sensitive issues but back in those days people weren’t trying to relive the past those days in their times actually were the present.  But something weird happened when people turned 30, it’s like they suddenly decided that discussing real issues damages the possibility of continuing these friendships, when back then it wasn’t seen as a continuation it was seen as the present.

It’s actually very liberating to change the mindset.   To realize that we had certain groups back in the day but that we’re also individuals.    If you can shift that paradigm your sanity will be restored.  This is facebook’s problem.

Keto forces your body to burn fat.  At our age, your body may be so used to burning sugar that it will take rigid discipline to burn the fat.

Burning fat kills mutated cells.   The more cells mutate, the less they can use fat and the more they have to use sugar.   You rebuild your body with cells that are more close to the original if you stick to keto strictly after wearing it out.

You do have to eventually taper off.   Cancer is when the cells become so mutated that they can invade other organs, but mutations can also cause local masses.

When I was saying I was going to move to russia and writing all those Russian people, there were a few Ukranians too.   The thing is they were clearly after money that I didn’t have but they would write letters about the conflict that was going on between the Ukraine and Russia.  The trouble is that it seems like the West vs. Russia.   It doesn’t seem like the Ukraine really has its own third position.  Meaning the current government is a Western puppet.

Also, the Ukranian and Russian languages became more similar to each other in recent times and most Ukranians also speak Russian.  Other Slavic languages spell out their words in an alphabet that is more like the west.

I had this growth in my intestine/stomach that wouldn’t go away and I had to abuse my body to make it go away, totally burning the candle at both ends, not sleeping, motoring on the bike up a hard hill, stretching like crazy and inserting some liquids anally (the homophobia and it’s painful when you first do it) which finally made it recede and now I’m having proper movements.   I was using objects to contort my body and apply weight so I could stretch better.

This took a toll on me but what I’ve found is that with good keto diet I can reverse the effects of burning the candle at both ends over time.  In other words my body appearance has gone done before and then gone up again.  I had to go into starvation mode to make my joints flexible enough to damage that growth and then destroy it with the liquids.

I had to work on the flexibility of my gums because they became very tight as a result of this.   Now I need rest and keto powder (also vitamin water and milk).

Gas came out of me like I was an engine.  And I kept coughing up slime.   You wouldn’t believe the amount of gas that came out.

The thing is that when I got out of inpatient psych and then rehab, the back pain was so bad that I was considering committing suicide.  The doctors had no advice on what to do.   I wanted to come up from rehab early but my parents forced me to stay until I got a slight early release because I caught covid.  Probation would not have been happy that I went to rehab and then cut before they let me out, so it’s good I stayed until I got released.

I think what has kept this under control my entire adult life is keto.

If you stop thinking of friendship as an individual thing and start thinking of it as groups, it will cause you to spin off into depression. The problem is that these groups all split apart since the days of high school and college I could almost flow chart it. You’ll let the fact that you don’t care for one person cause to avoid another.
I used to never feel that I had to take a side when two friends I had didn’t get along. I never believed that a friend of a friend is automatically a friend.
But I realized how depressing life becomes if you actually follow this, because every person you individually like will have a friend of a friend who you don’t like. You’ll go into depression if you view everything through groups instead of individuals.
That’s probably one bad thing facebook did. It convinced people that friendship is kind of like family. You inherit friends. You really don’t inherit friends, you direct bridge your way to friends.
You have to truly deeply believe that friendship is a real thing- really at 150% – to not go into this depression.

If I’ve learned one thing, it’s that the older generation totally reads the book by the cover and not the inside.

They totally act on their own prejudices and then pat themselves on the back as if they’ve dodged a bullet.  This treasure trove of internet information was exactly what Boomers needed to justify their pathological need to cut off opportunities to the up and coming millennial generation.

Boomers are the type of people who would fire you if they type in your name to google and the wrong stuff comes back, even if you are essentially performing your job at a high and advanced level in person.

Their “opposition to racism” is really just an upper class prejudice against the working class disguised as a moral value.  They have essentially decided to be prejudiced against the economically marginalized and justify it by not basing that around race.

“Boomers basically deny being racist so they can shit on all poor people regardless of race. They’re willing to let a few blacks into the yaught club for that angel (spelling incorrect). Their form of antiracism has nothing to do with the content of the character instead of the color of the skin.

“One way to not be racist is to kick poor whites around. It’s worth opening the door to a few Blacks, to gain the credibility it takes to slam poor whites as racists and slam poor blacks as not having earned their way based on merit (accepting a few blacks sets that up).” 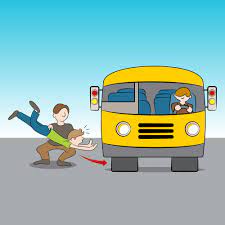 Since I have used the term “Reverse Racism” a few times, I might as well explain what I consider it to be.

From my point of view, reverse racism is the idea that individual Whites can be sacrificed as collateral damage to prevent the publicity mess of being accused of being a racist. The key is that the individuals sacrificed are actually upholding a universal standard of conduct or performing to a certain standard, but are either accused of adhering to a more particularist discriminatory conduct or of having an unfair advantage that needs to be taken away when the advantage is actually perfectly fair (the White person is just doing a better job). In adhering to the conduct, a minority may end up with a result that is less than desired. The politically incorrect term for this is “sore loser.”

The reason affirmative action often gets the label “reverse racism” is because the by merit person who put on the best performance doesn’t actually get the job. Having said that, under our more financially based capitalism and servicing, the days when cold calculated performance actually determine the outcome of a job application are rapidly deteriorating. Our economic system is turning into a system where it’s more who gives you favors than it is how you perform. However, in the old days when performance actually mattered in the more manufacturing based economy, the charge of reverse racism is that the person with the better performance is denied what he/she rightfully earned. It’s kind of like changing who finished first in an olympic event.

Another example of reverse racism would be to forgive the criminal backgrounds of Mexicans and Indians while deep diving into White hires. Or taking similar actions with other type of background information, alluded to in my last post. Finally, taking on the job action to destroy the careers of people who may have done something off of the job (and more likely did not) is similar conduct. By bringing it into the office, you’re the one who is actually being racist or sexist (but in “reverse”).