The invention of ebikes makes philly and lancaster very good places to live for people who are not overweight but not great pedaling cyclists either.   You can get everything done and not be crushed under a high cost of living.

With an ebike in philly and lanc, you can go into survival mode and just ride out a job loss.

What I’ve done is designed a way to live where a job loss becomes a speed bump instead of a life changing event that causes a domino that destroys your life for decades. I lose my job. I take a hit but not that big of a hit. Not that I want to lose my job. And now I’m excluding public corporations. Only working for small businesses and private companies. And focusing on the northeast, which the debate was whether I should focus on the northeast or consider two areas but the problem is I Idled too long so I had to focus on the northeast. And NYC of course is excluded for being right in the power control center.

The bikes, the ebikes, the dense cities, the low cost rooms (no assets to collect on).

I’ve gated out the public corporations so they’ll never be used as a tool to hire me and then fire me, putting me on a futile loop where I make investments and then lose them, then have difficulty finding another job.

When you learn to see the guy next door as starting out equal to your classmates, your interest in social status will plummet.  And because I was running all over the place and then switched to a catholic school (and a no frills college), I developed this disdain and indifference for social status young.  Which means I don’t like the corporate center.

The thing is people will always go out of the way to pick on people they perceive as weak.   But they don’t have strength they have an illusion of strength.   And the thing is that with my mentality all you have to do is walk to the bus stop and you have a replacement starting on equal footing.

When I’m indoors, I spend a lot of time on a google chromebook, which is a keyboard driven lightweight device.   It works great for browsing social media and especially wordpress/reddit where typing skills matter.  The device is so light weight that you can run it off a car battery without charging that much. 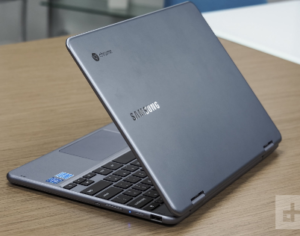 When I’m not doing that, I’m usually outdoors, walking or biking.

Sometimes I think people feel that I’m avoiding them.  But it’s the way I have always been.  I also keep a very minimal inventory.   My food cabinet has vitamins, keto powder and apple cider vinegar – that’s it, I buy the rest at local convenience stores while I’m out and vending machines while I’m working.

I’m a minimalist by nature.  It’s not an insult to anyone.  It’s the way I have grown myself.  I once lived out of my car when I used to drive.

edit: I’ll give credit to the URL that I took the photo from.

There are some posts where I am seeking exposure.   They’re placed in big subreddits and written using tactics that are designed to get that exposure.

However, there are other posts where all I’m doing is adding something to decorate the user feed.    Comments or posts that aren’t particularly positioned to grow still allow me to do that.  You can even just post to your own user feed.

On another note, having a wordpress/reddit combo, I can use wordpress to write posts in drafts and then move them to reddit and I have wordpress set to not save too many copies because I don’t like unnecessary drafts in the database.